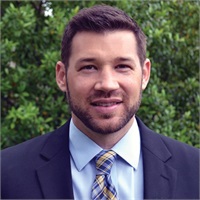 Barrett knew that he wanted to work in finance at a young age.  He graduated from Pacific Union College in 2001 with a Bachelors degree in Business Administration. Although he was focused on a future career in the Financial Industry, he also excelled on the basketball court. He was captain of the men's basketball team during his 4 years at Pacific Union.

Immediately after graduating, Barrett began his career as a financial advisor in 2001.  After going through one of the worst decades in market history, he is a firm believer in tactical management and strategic investment strategies.

Today, Barrett and his wife Ashley have two identical twin girls.  When they are not too busy chasing the twins around, they enjoy cooking and spending time with their large family.

Get Financial News & Updates Delivered to Your Inbox